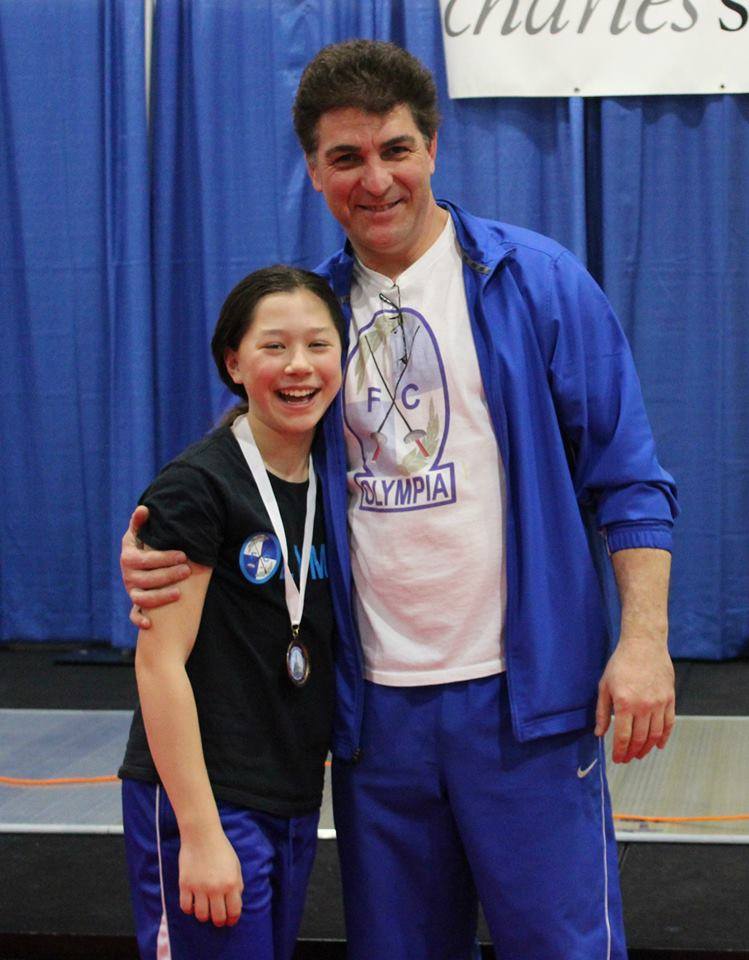 Youngest A Rated Fencers in the New England Division

Olympia’s 14 years old, Emily Vermeule, has won the Junior (U20) Women’s Epee competition, at the Fencers Club, in NY, this past weekend.

Having been an A1 event, she earned her A rating, making her the youngest A rated fencer in the New England Division and one of the youngest in the country!

As it can be noticed, her results go up as she progresses with her fencing training and we’re looking forward to watching her in future tournaments!

Earlier this month, foilist Allan Ding won the Bronze medal at the RJCC in New Jersey and earned his A rating, becoming the youngest A rated male foil fencer in New England!

Olympia Fencing Center
4.0
Based on 9 reviews
See all reviewsWrite a review
Tonight was my second class here, and it was even better than the first one. This is a top notch club, and I could not recommend them enough. I had never...

Due to the snow, the classes will wrap up early to

Happy Lunar New Year from our Olympia family to yo

Congratulations to Nour Azmeh for her 7th place fi

Congratulations to Luka Loncar and USA Team 1 on w